As one of the important traditional competitive industries in Ningbo, stationery industry has always played an important role in the rapid economic development of Ningbo. According to the data, by the end of last year, there were 478 stationery and related manufacturing enterprises (above designated) in Ningbo, with a total industrial output value of CN 74 Billion Yuan, from which, the output value of new products is CN 25.186 Billion Yuan.

In May this year, stationery industry was listed as the focus industry of Ningbo to cultivate the 100 billion-level industry. By 2025, we will strive to achieve a total industrial output value of more than 110 billion Yuan. Standing on the new channel of scientific and technological revolution and industrial change, how does Ningbo polish the city card of China Stationery Capital? Speed up the transformation and upgrading, gathering agglomeration, branding and innovation being the key initiative. 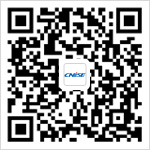