Ningbo Oriental Harbor Int’l Exhibition Co., Ltd is founded in 2001 and specialized in organizing scale fairs and Conference. We devote ourselves to provide trade and exhibition service for suppliers, buyers and customers from stationery & office industry, auto parts industry, travel and financial industry. We aim to create value for customers and growing with customers.

For more than ten years, we committed to innovation, genuine and realistic, keep improvement, provide warm service, build many famous brands such as CNISE and Ningbo Travel Expo, which had become model fair in trade expo and consumer show in Ningbo.

China Int’l Stationery & Gifts Exposition (Short for CNISE) which is one of the most scale international show in stationery and office supplies industry in China. It is host by CCPIT Ningbo Sub-council and Ningbo Municipal People’s Government. CNISE begins in 2004, and have been held successfully for 13 years. CNISE 2013 -CNISE 2015 were recognized as Gold Award by Ningbo Municipal People's Government in Trade Exhibition. CNISE2014-CNISE 2015 were awarded as Zhejiang Ten Top Brand Exhibition.

Stationery & Gifts Export Exhibition which following The Belt and Road Initiative. In 2016, China (Ningbo) Stationery & Gifts Export Malaysia Exhibition was held successfully in Kuala Lumpur, Malaysia. It’s the first trading Exhibition in overseas organized by our company. The Exhibition was host by Ningbo Municipal Commission of Commerce and organized by our company. The Exhibition also supported by The Federation of Stationers and Booksellers Association of Malaysia, Economic and Commercial Counsellor’s Office of the Embassy of the People’s Republic of China in Malaysia, and Asia-Pacific Stationery Alliance.

Scan the QR code to read on your phone 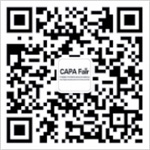